Yuma High School began three years before Arizona became a state. In 1909, the Arizona Territory taxpayers voted to organize a union district from several elementary districts. In September of that year, Yuma High School began with four teachers in three rooms near the corner of Main and Third Streets. At the end of the first year, twelve seniors graduated.

The next year, 1910, saw the school move to the newly abandoned Yuma Territorial Prison. For the next three years, the prison was to be the home of Yuma High School. Teachers conducted classes in the cellblock area and the school held assemblies in what had been the prison hospital. 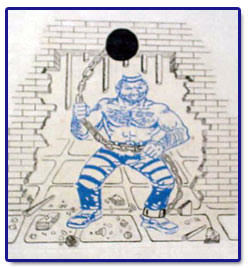 City officials notified the school in 1912 that they needed the Prison as a city jail. The school board proposed and successfully carried through a bond election to build a new school. Thus, in 1913, school began in the newly constructed Main. That same year, the Yuma football team traveled to Phoenix to play the "Coyotes". Yuma High won. The angry "Coyotes" dubbed the Yuma High players the "Criminals". At first "Criminals" was a fighting word. Before long, students and teachers wore the name with pride, and in 1917, the school board officially adopted the nickname. Yuma High School has been proudly called the home of the "Criminals" ever since.

Main was the only building on campus for eight years. In 1921, the Old Cafeteria and Ag Shop Building were completed. Two years later, in 1923, the district added Snider and the original gymnasium. The sandy football field was paved with adobe brick from the Old Territorial Prison walls in 1927 and named Doan Field. The name "Doan Field" was in honor of Mr. John Doan whose efforts as a member of the school board made completion of this project possible.

In 1951, the Administration Building and the Cafetorium were constructed. By 1958, the enrollment of Yuma High School had increased to overflowing. The next year on September 14, 1959, the school board divided the district into two high schools: The Yuma High Criminals and cross-town rivals, the Kofa Kings. 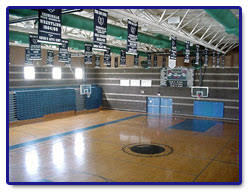 The 1980's again found Yuma High overflowing and the Old Ag Building was torn down to make way for the three story Research Center which was completed in 1985. The district completed the renovation and remodeling of Main during the 1985-86 school year and the Fine Arts Building in the Spring Semester of 1988. The 1988-89 school year began with another high school rival for the Criminals as the Cibola Raiders held classes for the first time.

In 1993 the Cafetorium was demolished and a new dining hall/classroom building was erected in its place for use in the 1994-95 school year. The Cell Block (student store) finally found permanent quarters in this building.

Demolition of the lower campus began May 21, 1994 and students used the new Vocational Education /Agriculture Building in November of 1994 on the site of the old tennis courts, the lower field and the bus lane. The district completed construction of the new gym, tennis courts and the remodeling of the old gym and Administration building by the opening of the 1995-96 school year. 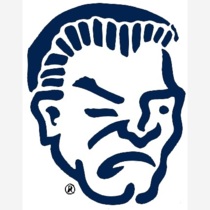 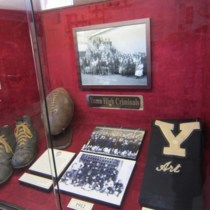 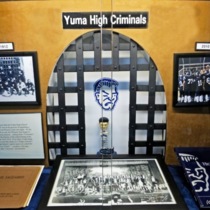