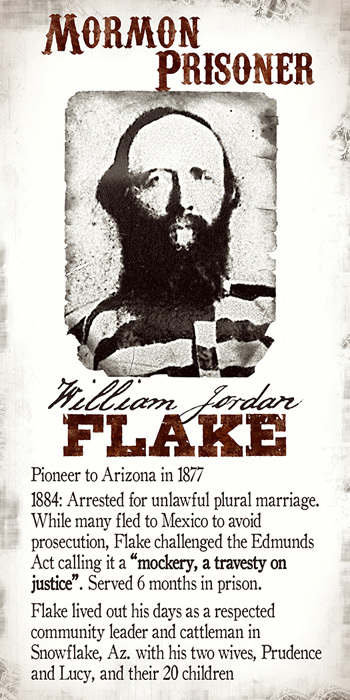 The latter half of the 19th century in the United States was considered an era of moral reform, fueled by popular movements to address challenges such as slavery, prison reform, prostitution, and polygamy.

As early as 1856 the newly formed Republican Party linked slavery and polygamy as the "twin relics of barbarism," and supported the passage of the Morrill Anti-Bigamy Act in 1862. The act specifically outlawed a man marrying a second living wife and this attempt at prosecution was aimed directly at the members of the Church of Jesus Christ of Latter-day Saints (Mormons) in Utah and surrounding territories. With the Civil War well under way and Utah far from federal authority, the law was almost impossible to enforce even if the U.S. President wanted to since no officers or funds were allocated for its implementation.

In 1882, Senator George F. Edmunds of Vermont renewed prosecution efforts with the enactment of The Edmunds Act, which made "unlawful cohabitation" a felony, thereby removing the need to prove that an actual marriage had occurred. It revoked a convicted person's right to vote, to serve on a jury, or to hold political office. Often, these restrictions were executed regardless of whether an individual was practicing polygamy or simply believed in the church or the doctrine of plural marriage without actually participating in it. More than 1,300 men were imprisoned under the terms of this measure.

In the mid-1880's, twelve prominent, Mormon leaders were convicted under this latest statute and nine were imprisoned at the Yuma Territorial Prison. The first three convicted individuals were sent to the Detroit House of Corrections in Michigan. The other nine individuals, in order of their conviction, included William Jordan Flake, Jens Neils Skousen, Alma Platt Spillsbury, George Thomas Wilson, Charles Innes Robson, Oscar Marion Stewart, James Thomas Wilson, Hyrum Smith Phelps, and Edmund Ellsworth. It appears that this was an effort to make an example of these community leaders and as a warning to others.

Mormon prisoners convicted on federal charges presented a difficult challenge for Superintendent Frank Ingalls at the territorial prison since these new convicts were completely different from the murderers, rapists, embezzlers and other lawless convicts who populated the prison. The Superintendent followed the letter of the law in enforcing prison rules, but knew that these men were men of character and prominence, and within bounds, were treated as such.

This era in the history of the Yuma Territorial Prison was short-lived. By 1890, the LDS Church issued the Manifesto, which banned plural marriage. However, one can ask the question: were these men jailed for breaking a law or for their religious beliefs? 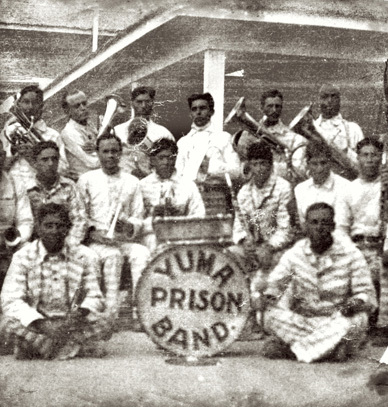 Country Club on the Colorado

The Prison had more modern amenities than most homes in Yuma, and Yumans resented that.

These two men, serving two terms each, helped shape the reputation of the Yuma Territorial Prison and highest standards for Prison Administration.

William Werninger (1875-1876) was Yuma County Sheriff, and was responsible for the original construction of the prison.

Thomas Rynning (1907-1909), one of Teddy Roosevelt's Rough Riders, undertook construction of the new prison in Florence, moving the last prisons out of Yuma in September 1909.